Multiple Campuses And Vision To Grow

Greg and Melissa Morrison started this school with humble beginnings and a vision to  transform the educational system by demonstrating unique methods and techniques that create lasting change in the lives of athletes, innovators and leaders from around the world.

What started with one classroom with a handful of local students, has expanded to 2 campuses with hundreds of students from over 35 different countries.

Once a plan was established to expand the Elementary and Middle School to introduce a Secondary School, GLCA hit massive momentum with exponential growth in a very short time. 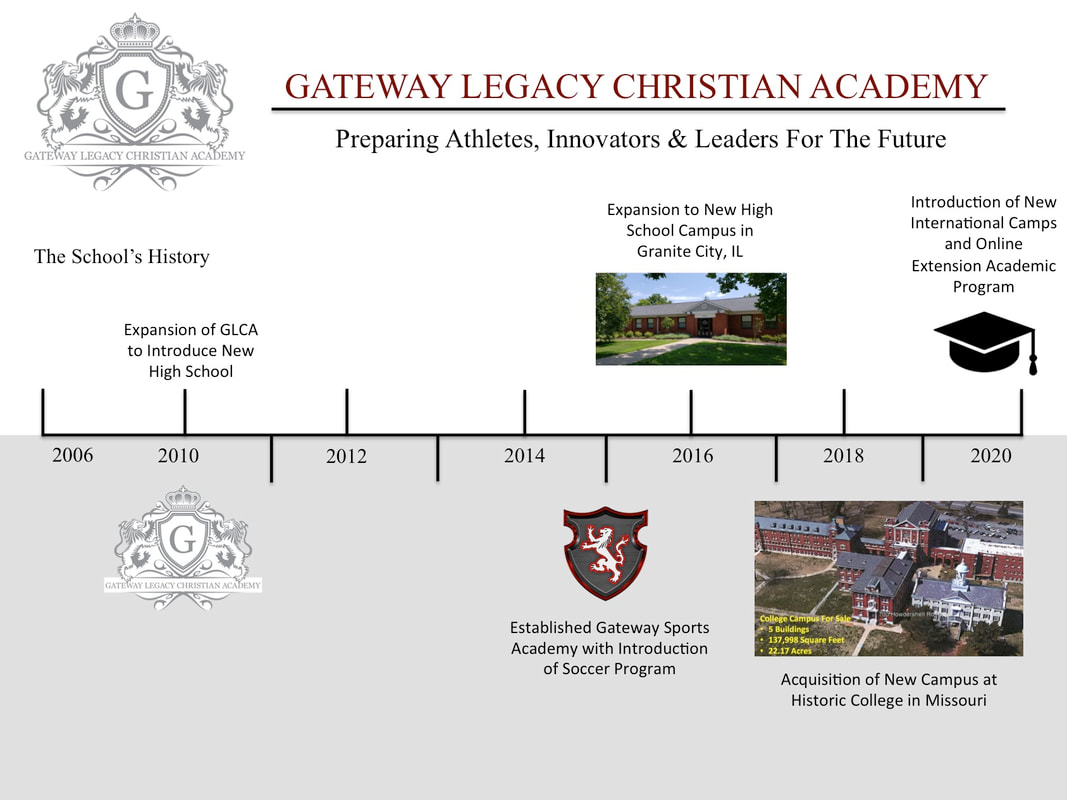 Working life
The seminary was founded in 1823 as some log buildings and a large farm to feed the missionaries. They had come to Florissant from Maryland at the behest of Saint Philippine Duchesne.   It was named for Stanislaus Kostka.   The main building, now known as the Old Rock Building, was built from 1840 to 1849 from limestone quarried by the Jesuits. Pierre-Jean De Smet was based in St. Stanislaus Seminary for some years. Another early student was Peter Joseph Arnoudt.
The seminary was closed in 1971 due to fewer religious vocations and the post-Vatican II movement to urban areas. Two years earlier, it had already transferred its collegiate program to Saint Louis University.   Most of what was left of the property, 35 acres (140,000 m2), was sold to The Missouri District of The United Pentecostal Church International,  and the property spent many years housing Urshan College (formerly Gateway College of Evangelism) and Urshan Graduate School of Theology.  The Old Rock Building and 4 acres (16,000 m2) of land remained Jesuit property until 2003.
In 2019, the property was acquired by Gateway Legacy Christian Academy.  Construction plans have already begun towards the restoration of the property with a vision for expansion with new buildings and athletic fields.

The Property
The property was largely self-sufficient in its day. The current building was built by the seminarians and brothers with limestone from the banks of the Missouri River,  and it has walls 3 feet (0.91 m) thick. The wooden parts came from walnut,  logged from the property by the Jesuits, and the bricks  were also made on site. The seminary fed itself with an orchard, a chicken ranch, a cattle barn, wheat fields, vineyards, a butcher shop, a creamery, and a bakery.  The former farm property is now owned by Saint Louis County, which leases it to the Missouri Department of Conservation as a conservation area.
Source: https://en.wikipedia.org/wiki/St._Stanislaus_Seminary